In honor of Spongebob Squarepants being on television for 20 years, I’ve decided to review quite possibly one of the greatest video games of all time! If you enjoy video games that includes both action and excitement, this game definitely had it all. This is literally one of those games where I could play it over and over and over again and could NEVER get tired of it. Today’s game review will be on the hit classic Spongebob Squarepants: Battle For Bikini Bottom! 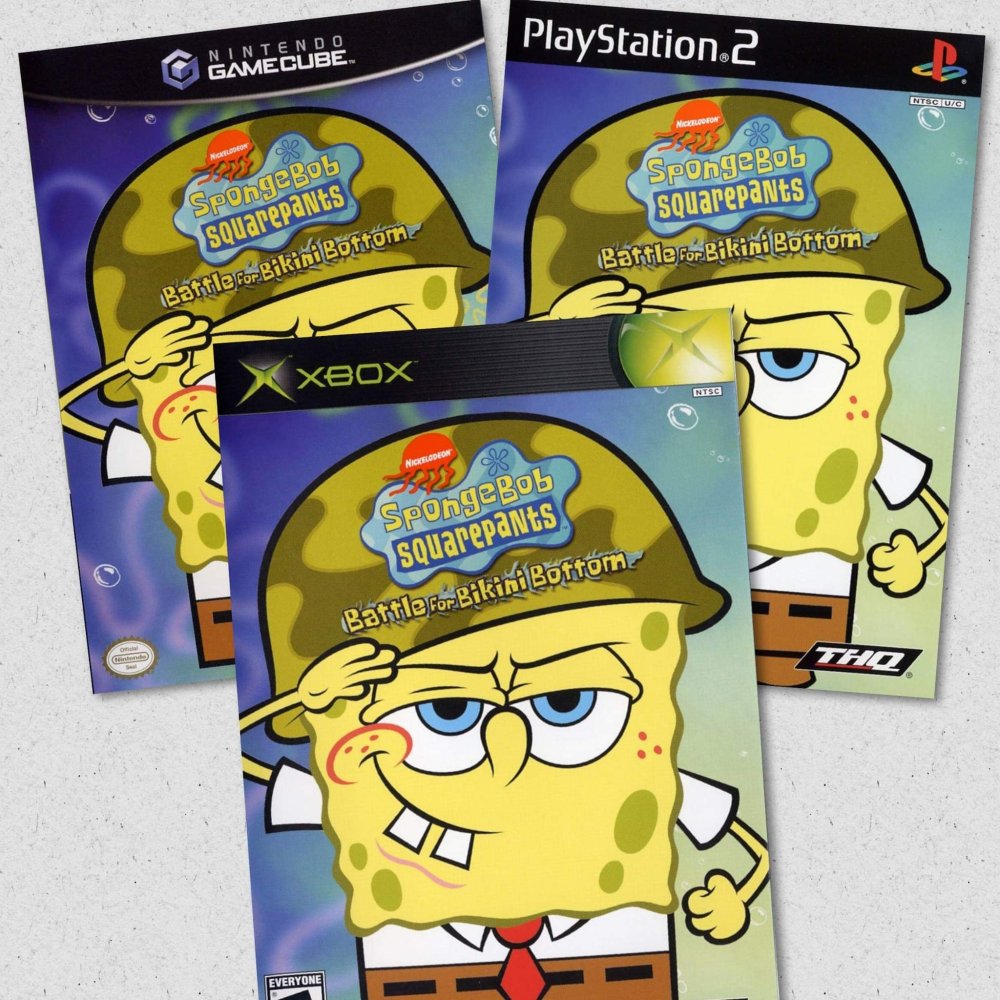 Released on Halloween Day in 2003, this action adventure game was every child’s precious memory. This game was developed by Heavy Iron Studios and published by THQ. Released for Playstation 2, Xbox, GameCube, Microsoft Windows, and Game Boy Advance.

The story of this game was Plankton once again tried to take over Bikini Bottom but wanted to come up with a different tactic. He decided to create robots, robots who only follow his commands. While creating them, he somehow messed up the technology and this not only caused the robots to be made in different forms, but they’re evil robots now and they don’t follow Plankton’s commands at all. On that same day, Spongebob and Patrick are playing with toys as both guys coincidentally wish they had robots to play with. The next morning, Spongebob wakes up to find his house totally trashed. He watches TV to find out that Bikini Bottom has been taken over by robots! At this point, Spongebob’s main mission was to stop these robots once and for all. Along with Patrick and Sandy Cheeks, Spongebob travels to Jellyfish Fields, Goon La Goon, Sand Mountain, Downtown Bikini Bottom, and even special places such as Rock Bottom, The Mermalair, Krusty Krab, and The Flying Dutchman’s Ship! Along the way, Spongebob encounters some of the evil bosses as he must fight them in order to continue his quest to stop the robots. He must fight against big bosses such as King Jellyfish, Robot Spongebob, Robot Patrick and the Flying Dutchman himself! This all leads to the biggest battle of all; Robot Spongebob! Once you’ve defeated Robot Spongebob, every robot in town is gone and Plankton is defeated once and for all! 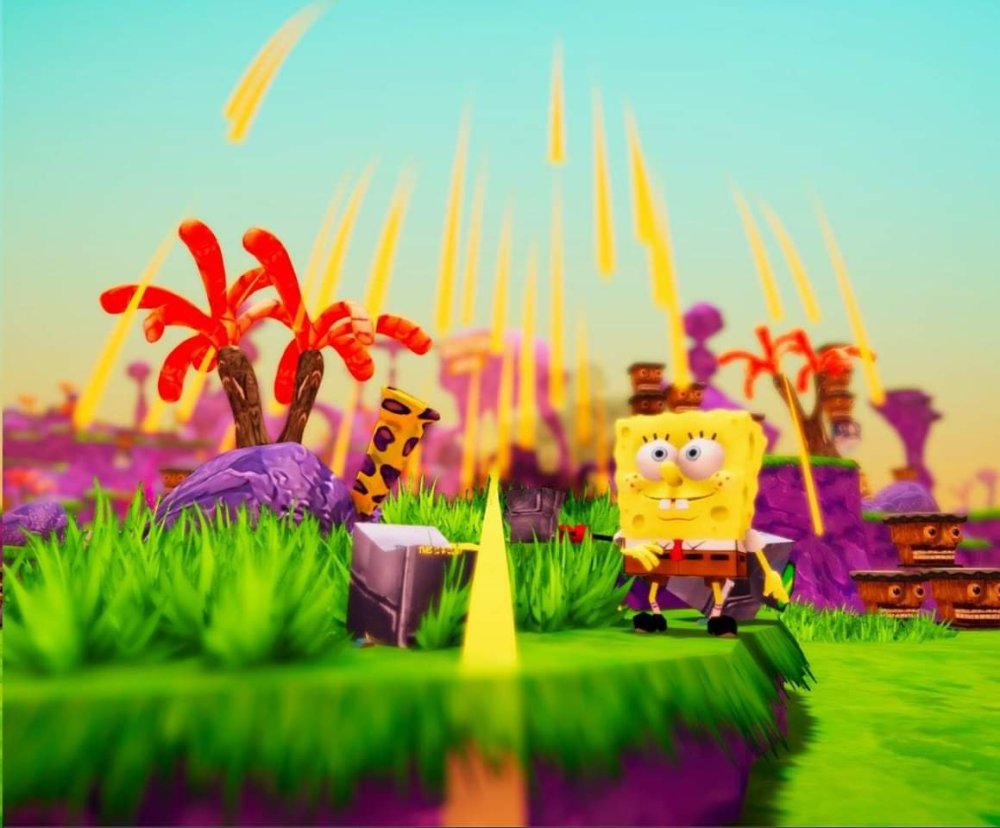 Another cool feature is the side missions you’ll encounter from time to time. These side missions include collecting shining objects for Mr.Krabs and collecting socks for Patrick! There’s also a level where you can fall asleep and travel to a character’s dream! Those dream levels were definitely difficult but it was worth the challenge. This game was everything a child could ask for and still holds up to this day!